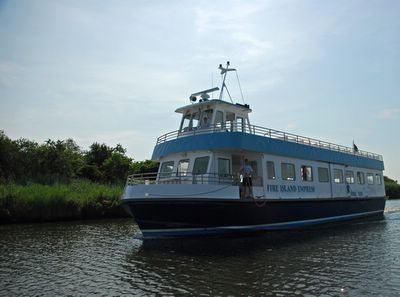 I was very uncomfortable with the whole situation. My husband became assertive and insisted that we had rights, rights to photography anything in public. The detective said there were "new laws" against taking photos of public transportation, but he could not quote those "new laws". My husband informed him that there were no new laws. I just listened, wanting him to leave. I thought that the more we encouraged discussion, the longer he would stay.

After he left, I felt sad. My husband was angry. What is happening here? Can an officer of the state just come into your home with the possible suspicion that there are terrorists present or activities? What would he have done if we were of Middle Eastern background or just dark-skinned?

I'm still processing what happened, but I thought I would share this with you.
Posted by Alida Thorpe at 8/01/2006

I've never heard anything like this! Someone entered to your house, invoking that "someone" had "reported" you?

And after this shame situation, what happened to those people who "reported you"? Remain quietly at their sofa?

Well, here is my advice: NEVER STOP "CLICKING"! We must stop this kind of stupid attitudes.

I think I probably would have done the same thing, and felt the same way. I think you've given a good illustration of why innocent people should not allow their rights to be trampled by the police. The detective had no right (nor reason) to enter your home. Perhaps you could have politely declined when he asked to enter? Sure, you had nothing to hide, but he also had no reason to suspect.